Where did Thursday go??!!! After five hours from Charlotte to LA, then a three-hour layover at LAX, then a 13-hour plane ride, then sitting on the tarmac for an hour, then another two hours making it through customs and border patrol…we have arrived in New Zealand.

Tonight we will be staying in Auckland at a Bed & Breakfast before starting our four-day drive down to Christchurch tomorrow. So, in an attempt to stay awake we went and explored the city of Auckland. We quickly realized the city is very hilly and very much like a big city anywhere else in the world. I wasn’t expecting it to be so humid and warm..don’t know why because it is after all summer here.

Here are some pictures from our strolls around the city: 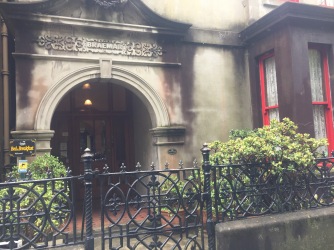 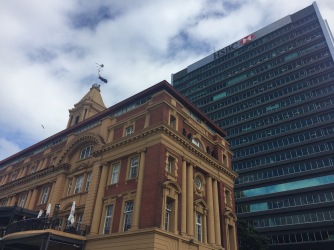 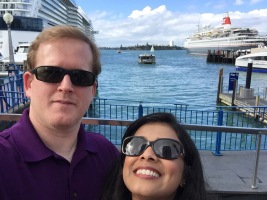 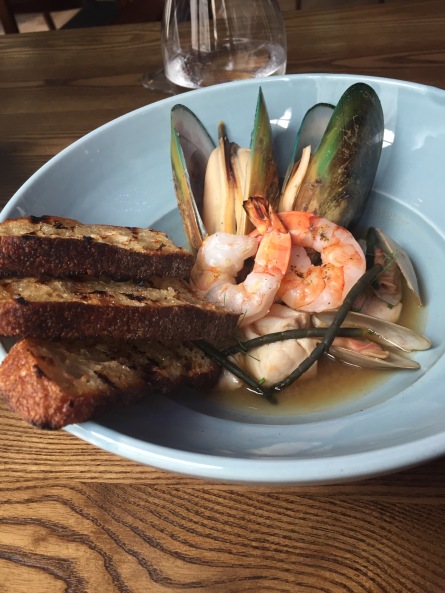 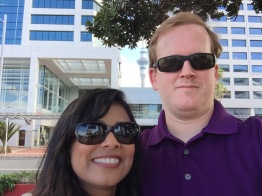 The Stay: We spent the night at the Braemar on Parliament Street. This Bed and Breakfast is an old Victorian home located in central Auckland and is within walking distance to restaurants and shops. Susan and John are wonderful hosts that cook up a filling breakfast and properly made coffee. They are very knowledgable about the area and New Zealand in general so I recommend asking for their advice on must-dos.

The Eats: We had grand plans of going to dinner at 7 PM but around 4 PM we started to crash pretty hard. So we moved our reservation up to 5:30 PM and were the first ones at the restaurant when they opened. Meet Fish Wine had an interesting menu and we decided to share a seafood dish and a nice bottle of rose. Green lipped mussels are must try when in New Zealand.

I cannot remember exactly but I think we made our goal of staying up till 9 PM…maybe.

Follow Phototravelista Blog on WordPress.com
Welcome to Phototravelista! It is said that some people live to work and others work to live. I, work to travel and travel to live. My photography tells the tales of my adventures around the world, as I discovery new places, experience different cultures, and meet amazing people. Thank you for visiting and following my journey!